There are six living species of nautilus. They are called “living fossils” because they have existed for about 550 million years. Nautiluses live in shells that are divided into chambers. As they grow, they move into a new, larger chamber and close the old one.

Nautilus is a genus of cephalopods in the family Nautilidae. Species in this genus differ significantly in terms of morphology from those placed in the sister taxon Allonautilus.[1] The oldest fossils of the genus are known from the Late Eocene Hoko River Formation, in Washington State and from Late-Eocene to Early Oligocene sediments in Kazakhstan.[2] The oldest fossils of the modern species Nautilus pompilius are from Early Pleistocene sediments off the coast of Luzon in the Philippines.[2]

The common term nautilus usually refers to any extant members of the Nautilidae family.

Extinct species are denoted with a dagger (†).

Allonautilus perforatus is a species of nautilus native to the waters around Bali, Indonesia. It is known only from drifted shells and, as such, is the least studied of the six recognised nautilus species. A. perforatus shows a shell shape and coloration very similar to that of A. scrobiculatus and shares with this species the characteristic open umbilicus.[1] However, it bears highly distinctive shell-ribbing, which is unique among extant ectocochliate cephalopods, and lacks scrobiculate shell sculpture. It is not known whether A. perforatus possesses the thick encrusting layer (periostracum) characteristic of A. scrobiculatus. Maximum known shell diameter is around 180 mm.[2]

Depth range based on 22 specimens in 6 taxa.
Water temperature and chemistry ranges based on 14 samples.

Note: this information has not been validated. Check this *note*. Your feedback is most welcome. 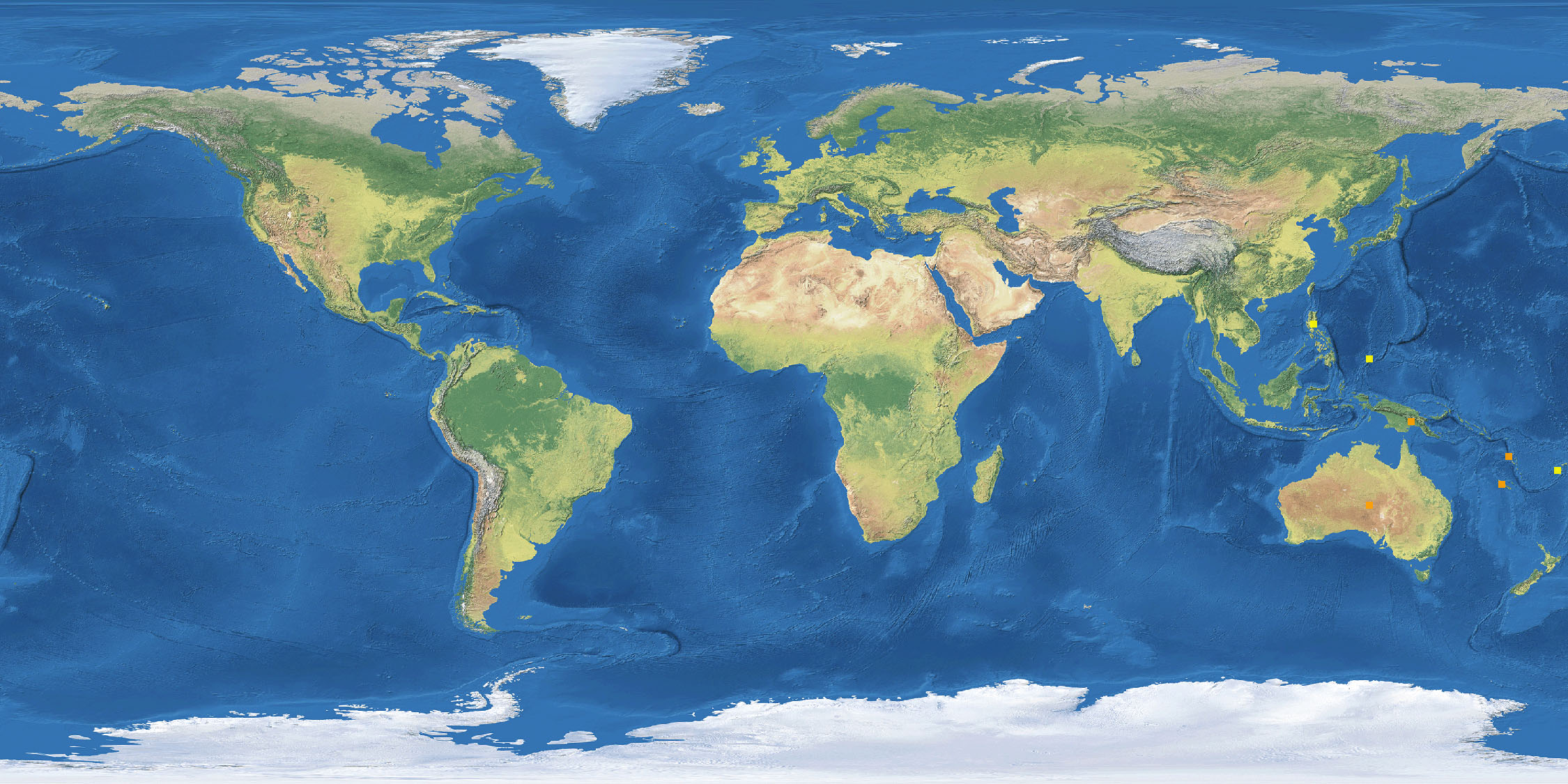