For immature octopods, the two genera can be difficult to separate. The most obvious features are the size of the eyes (larger in Japetella) and the distance between the eyes (larger in Bolitaena). When comparing adjacent octopods (see below), these differences are distinct. However, with isolated specimens, the differences are not always obvious.

A large light organ develops around the mouth in females at maturity. Presumably it functions in attracting a male in dark waters at a depth of 1000m or more (Robison and Young, 1981). This is the only luminescent organ known in incirrate octopods.

Bolitaenids brood their embryos until hatching. During brooding, the eggs are held by suckers near the mouth where they are well covered by the arms and web.

Figure. Arms of Bolitaena pygmaea holding onto a brood of embryos. Arrow in photograph points to a sucker holding one of the eggs. Photograph by R. Young.

The chorion of each egg has a long stalk that attaches to the chorion of an adjacent egg. Some eggs will have several stalks attached to them. As a result the egg cluster is a matrix of eggs attached to one another in a rather haphazard way.

Figure. Developing embryos of Bolitaena pygmaea (?). The egg in the upper left corner of the photograph has two stalks attached to the chorion opposite the large yolk sac. Photograpyh by R. Young.

Off Hawaii female bolitaenids apparently release their young at a depth near 800m. The young, free-swimming octopods are found at depths around 150 - 250 m. As they grow they descend, at first abruptly then more gradually, to depths of 800 -1400 m. Gravid females are found at the lower end of the range where mating presumably occurs (Young, 1978). More details of this pattern are presented under each genus.

Figure. Ventrolateral view of a hatchling of Japetella diaphana. This hatchling may have hatched slightly prematurely due to the trauma of capture). Note that only a few chromatophores are present and that the arms are very short. Photograph by R. Young. 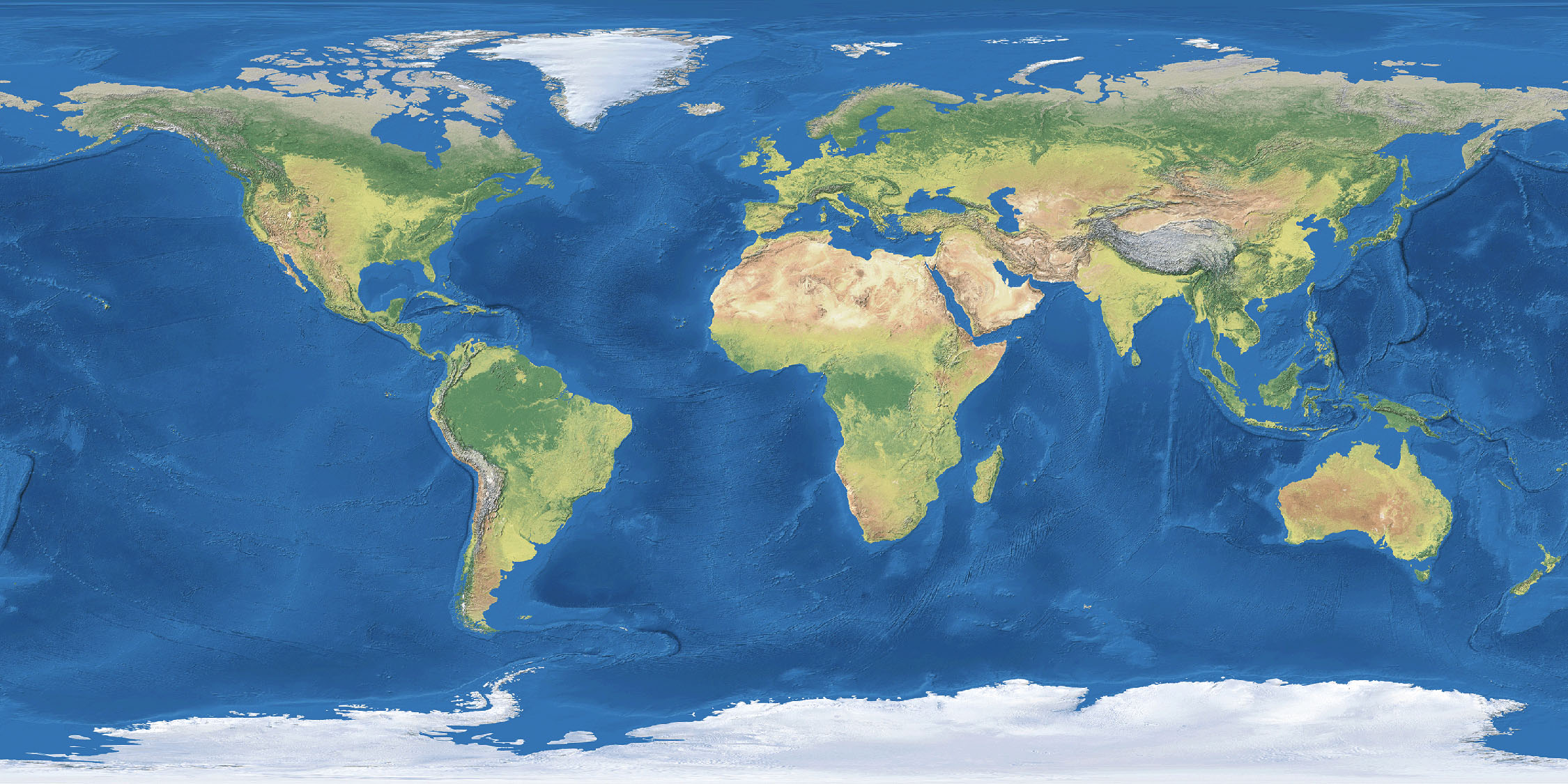 Bolitaenidae is a family of small, common pelagic octopuses found in all tropical and temperate oceans of the world. The family's taxonomy is not entirely certain; recent research suggests there should be just two genera, Bolitaena and Japetella, both of which are thought to be monotypic. Under this view, the family would represent two very similar species: Bolitaena pygmaea and Japetella diaphana.

Bolitaenids are characterised by their small size—up to 8.5 centimetres or 3.3 inches mantle length and 12 centimetres total length in Japetella species—and their comparatively short arms, much shorter than their dome-shaped mantles. The arms have a single series of suckers; in males, these suckers are greatly enlarged on the third right arm. In Bolitaena (but not Japetella) this arm is also modified into a hectocotylus, an appendage used to facilitate transfer of spermatophores during mating.

The eyes of both species are laterally compressed; they are distinctly smaller and set farther apart from the brain on longer optic stalks in Bolitaena than in Japetella—this feature may be the only way to differentiate the two genera when examining subadults. Mature males are rarely encountered. Their translucent, gelatinous bodies are fragile and easily damaged during collection.

Perhaps the most striking feature of the family is seen in mature females; upon maturity a ring-shaped photophore—a light-producing organ—develops to encircle the mouth. This is believed to be an adaptation to life in gloomy, deep ocean waters; the bioluminescent ring may help males and females to find each other.

Mature bolitaenids occupy depths in the meso- to bathypelagic zones of the water column, down to about 1,425 metres. Younger animals (under 20 millimetres mantle length) are known to remain in shallower waters, either from 170-270 metres or 500-800 metres depending on size. Japetella is known to venture into far northern waters.

Mating is thought to occur at or below 1,000 metres depth. In the darkness, whether mating is successful or not may depend on the female; she can choose whether to signal the male with her circumoral photophore. The light emitted by the photophore is believed to be of a specific wavelength, possibly both preventing miscommunication and the attraction of predators.

After mating the female then rises to about 800 metres to brood. Her eggs are interconnected by a number of stalks; the whole mass is held safely by means of suckers near her mouth. Due to the cold (4–5°) environment, brooding likely takes several months; the female is thought to forgo food during this entire period. After hatching, the young octopuses rise to the productive, upper 300 metres of the water column where they remain until reaching a certain size (7–20 millimetres). As they mature the young begin their gradual descent to the mesopelagic and eventually bathypelagic zones.

Male B. pygmaea, probably taken during the Michael-Sars Expedition

These are common meso- to bathypelagic octopods of rather small size (ca. 85 mm ML in the largest species) that are broadly distributed mostly in tropical to temperate latitudes of all oceans. They have gelatinous bodies, numerous chromatophores and possess short arms with a single series of suckers. The mantle aperture is wide. The hectocotylus has a swollen ligula in Bolitaena but is unknown in Japetella.

Bolitaena microcotyla Steenstrup in Hoyle, 1886, has many similarities to Eledonella pygmaea. Thore (1949), in his review of the family, distinguishes B.microcotyla primarily by its having (1) large eggs, (2) suckers apart within the web and closely set beyond the web and (3) reddish-purple color. The eggs of B. microcotyla are 2.5 mm in length (Thore, 1949). The eggs of "E. pygmaea" (incorrectly identified by Young, 1972, as Bolitaena microcotyla), however, are nearly the same length (2.0 mm, Young, 1972). The second and third distinguishing characters result from rather marked morphological changes that bolitaenids exhibit at sexual maturity. At maturity females lose the irridescence on their eyes and digestive glands, become heavily pigmented (the degree of pigmentation is greater in Bolitaena), and the arms increase in length relative to the mantle length. The longer arms produce the distinctive sucker arrangement on the arms (Note the pigmentation and sucker spacing in the photograph of the brooding female below). Unfortunately, adequate material has not been available to quantitatively document these changes. Nevertheless, the mature female appears very different from the subadult and has resulted in labeling different life-history stages as different genera.

The genus Bolitaena was described nearly 30 years before a species name, B. microcotyla, was appended in 1886, in a brief description. Description of a new genus without a type species is no longer legal under the rules of zoological nomenclature but was valid at the time. Eledonella pygmaea was described by Verrill in 1884. The proper name, therefore, is Bolitaena pygmaea (Verrill, 1884).

Careful comparisons of specimens in good condition (or, more likely genetic analyses) may eventually reveal that more than one species of Bolitaena exists. Our present knowledge, however, requires synonymizing the genera and leaves little reason for maintaining separate species.

Thore (1949) described Dorsopsis taningi as a new genus and species of bolitaenid that had hemispherical, dorsally directed eyes. This specimen, however, was a damanged Japetella (Hochberg, et al., 1992).

A list of all nominal genera and species in the Bolitaenidae can be found here. The list includes the current status and type species of all genera, and the current status, type repository and type locality of all species and all pertinent references.